When You Book Your Appointment Online! Book Now

Book Your Appointment Online or Give Us a Call
We’ll Call When We’re on Our Way
The JDog Williamson County Team Comes Prepared!
If You Want It Gone, It’s Gone!
We Do All the Heavy Lifting For You
Our Transparent Pricing Means No Surprises

Call or Text Us Today!

Call JDog Williamson County for all of your furniture removal needs. We take everything from mattresses and bedframes to old couches and dressers. No job is too big or too small for us. If you want it gone, then just point and we haul!

Large household appliances can be tough to haul on your own. Don’t risk your own safety. Call on our experts to get the job done so that you can sit back and focus on anything else! Our crew can do the heavy lifting for you.

The JDog Williamson team provides clean out services in a variety of spaces. Need your storage unit, basement, attic, corporate office or apartment cleared out today? We offer same and next-day services!

We don’t just do clean outs and haul junk. We also provide light demolition services which include hot tubs, fences, playsets, decks and sheds. You can rely on our trained professionals to demolish your small structures safely and securely.

Construction debris can accumulate quickly and get in the way and possibly even slow down productivity. JDog Junk Removal & Hauling Williamson County knows how to rid your site of unsightly debris so that you can get back to work.

Whatever the junk, we can take it. JDog Junk Removal & Hauling is the trusted junk hauling team in the Williamson County area! Give us a call today for a free estimate with no hidden fees or surprise costs.

If you aren’t sure if we can take something, give us a call and we’ll let you know!

We understand at JDog Williamson County that your home is your sacred space. If you need your whole home or just certain items cleared out, then we can help you today. We haul appliances, furniture, yard and construction debris and so much more. Give us a call!

JDog Junk Removal & Hauling doesn’t just clean out residential homes. We also service commercial properties so, if you’re looking for expert junk removal for your corporate office space or property, then schedule clean out services with our team today. 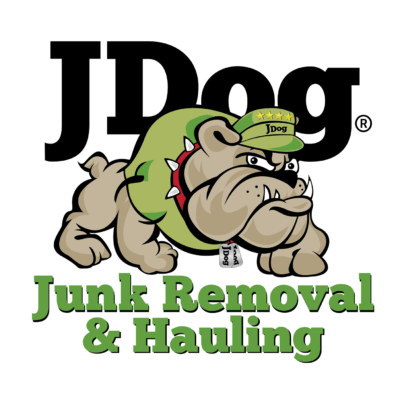 Jay served just over 20 years in the Army before retiring in 2017.  He spent half of his career enlisted as a Chemical Operations Specialist before going to Officer Candidate School and being Commissioned as a Transportation Officer.

Some of his most notable moments were serving as a Weapons of Mass Destruction/ Civil Support Team Member/Leader where he participated in ensuring many safe high-profile events including Presidential Inaugurations, Olympic Games, Super Bowls, World Series Games and, NCAA Final Four basketball games. He also responded to real world events such as hurricanes Rita, Ike and Harvey. As a Commissioned Officer, Jay led a platoon of 64 Soldiers in combat in Iraq, performing convoy operations throughout Northern Iraq and down to Kuwait.

“Our local business operators are veterans and military family members. They ensure that our services are delivered the military way – with respect, integrity, and trust.” – Jay Rimel